Today I Googled how many days the average British woman lives for. Morbid, I know, but bear with me on this. She lives for 82.7 years. That’s 301,185.5 days. It sounds like a lot, and it is, if you try and forget about all the time we spend sitting in traffic, queueing in Tesco, perhaps cleaning up our children’s sick, and how many days menial tasks like that take up. 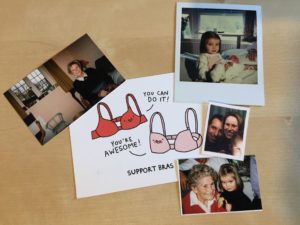 I did a little calculation of my own, and so far I’ve been kicking around for 7,682 days. The last year-and-a-bit of those days, however, the last 369, to be precise, ever since that awful day just over a year ago when I got admitted to hospital on the back of a blood test for anaemia, and left, eventually, with a blood cancer diagnosis, have been occupied with words and thoughts such as “haematological disorder”, “bone marrow transplant”, and then “cancer”, too. That’s a lot of days wasted to this shitty disease already, and I know that there are many more to come, but tomorrow marks a chance to say goodbye to some of those thoughts. To say goodbye, little bit by little bit, to the worried phone calls from relatives, the hospital stays and the needles and the poisonous drips.

Yesterday was a big enough day as it was. I finished my fourth, and hopefully final round of chemo, so today is just a rest day before my transplant tomorrow. In medical terms, your transplant is known as Day 0. So, just for a little while, when I’m having those precious little cells infused, the last 7,682 days, good or bad, won’t count. Every day after that will be measured, day +1 to +100, and, if I get my way, many many more. I’ve tried to stop thinking so much about my terrible odds, about the very real possibility of my cancer coming back in the space of those one hundred days or more, but instead to think of this as, really, the last hurdle. The last round of chemo, the last long hospital stay.

Today, my anonymous donor in Germany will be having his cells collected, and I haven’t stopped enough times to remember this. I feel there will never have been enough hours in my day to stop, and really, truly think about the implications of what he is doing by giving up a day of his life to wire himself up to a machine. He may not be thinking much about the outcome, but he is the selfless one, as I am not thinking enough about the procedure behind all this. It feels like we have been counting down to Day 0 for so long, it’s come around so much faster than any of us expected, we’ve had so many mishaps along the way, but for now I want to just appreciate the fact that I have a donor, I have another chance. And tomorrow is about embracing that.

What tomorrow also is, I’ve been warned, is fairly anticlimactic. Sounds awful, doesn’t it, after all this build up to a transplant? But I’ve had too many platelet and blood and potassium and magnesium transfusions to even count, and the cell transfusion is exactly the same: The transplant all boils down to half an hour of cells dripping into my veins through my line, after arriving onto the ward in what looks remarkably like the lunchbox that the least cool kid in the playground used to lug around, and then that’s it, for a while, whilst the cells work their way into my bone marrow and make themselves at home. There’s no blood, no cutting, no anaesthesia, not at all what you might expect from anything with the ‘transplant’ label. But I know I’m pretty thankful for that.

The scary stuff starts after that. As those new cells settle down in your bone marrow, the 20% chance of death I’ve been warned about so many times will begin to creep up on me. We’ve all heard of a newly-transplanted heart or liver, for example, being rejected by the tissue around it, and Graft Versus Host Disease in a stem cell transplant has the same effect. This is when the donor cells can prove their worth by fighting back against several tissues in your body: often the gut, skin and liver. Maybe I’ll have just a little of GvHD, but, as my doctors have warned me, any signs of IBS, skin rashes or sickness are a good sign that my Brand New donor cells are actually working on fashioning me a Brand New immune system, and hopefully not getting lazy enough to not fight back against the cancer cells, which would ultimately kill me (sorry, I realise this sounds extreme, but it really is all part of the package. It’s very difficult to stop talking casually about death when you’ve spent the best part of the last four months in hospital preparing for a procedure that, as we’ve established, will either massively help you out or actually knock you for six, as all the necessary things in life – cars, chemo, turbulent relationships – seem to do).

So, as I said, my final round of chemo has been marked by bored bed rest, more mild fevers, and constant reminders that today is -8, -4, -3 days, or whatever, before the transplant. It’s ungrateful of me, but God, I’m so very tired of it all. I’m tired of explaining what a transplant involves, I’m tired of thanking well wishers and then struggling to stay awake when they arrive to see me, and I’m tired of this latest round of drugs that have weighed so heavily on my eyelids over the last nine days that not only have I finally literally lost the weight of my eyelashes, but I’ve actively started to look forward to Day 0. Even if the murky weeks after it involve feeding tubes, diarrhoea, missing the sick bowl in some spectacular projectile vomiting, and endless drug rounds and tubes of blood.

It’s not over yet, not by a long shot, but all I know is that I’m tired, most of all, of my days being measured in numbers, in statistics, including a 75% chance of none of this being worth it. But I’m ready to crack on with it anyway. Despite my odds, I want those 61.9 extra years that the average British woman has promised me. I want my life back now, please.